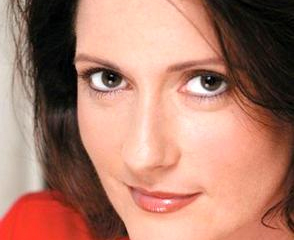 A Delaware native, Ms. Smith has over a 30-year distinguished professional career in dance and choreography. From New York City to Los Angeles, from Broadway to Film, Val has worked extensively in all manner of media. She has trained and studied all across the country with many renowned teachers, dancing with the Eglevsky Ballet and Wilmington Ballet Companies. Some of her Broadway show credits include Beauty and the Beast, 42nd Street, Evita, Meet Me In St. Louis, along with the Radio City Christmas Spectacular in New York City. Other shows include A Chorus Line, West Side Story, Seven Brides for Seven Brothers, Joseph and the Amazing Technicolor Dreamcoat, Pajama Game, Crazy for You, Anything Goes, King & I, Me & My Girl, Once Upon a Mattress, Shenandoah, Can Can, Annie, South Pacific, Guys & Dolls, Legands and staring in The Great American Songbook. She also spent three seasons in country music singing and dancing along side the Country Legend Glen Campbell.

In the New Millennium, Valerie has worked along side the Emmy Award Winning Director/Choreographer Walter Painter who Inspired her to turn her attention to teaching and choreography. She has choreographed for major celebrities for stage and screen, along with creating musicals, commissioned pieces and award winning competition entries.

In 2009 she choreographed the film “The Sophomore” starring Bruce Willis and Micsha Barton.

In 2015, Valerie received a Global Arts Award in Los Angeles for her choreography.

In 2019 her studio was given the “Studio of Excellence” award.

In 2020 her studio received the “Best Dance Instruction” award.

In 2021 she was inducted into the Delaware Business Hall of Fame for "Best Dance Instruction" for Two Consecutive Years.

In 2021, Valerie received the Global Arts Award as her dancers received "Excellence in Dance" while representing the state of Delaware, at the Global Dance Festival in Los Angeles, California.

In 2022, her studios received the "Best Dance Instruction" award for the third consecutive year.

Her favorite thing to do is spend time with her son and dog "Barkley"! 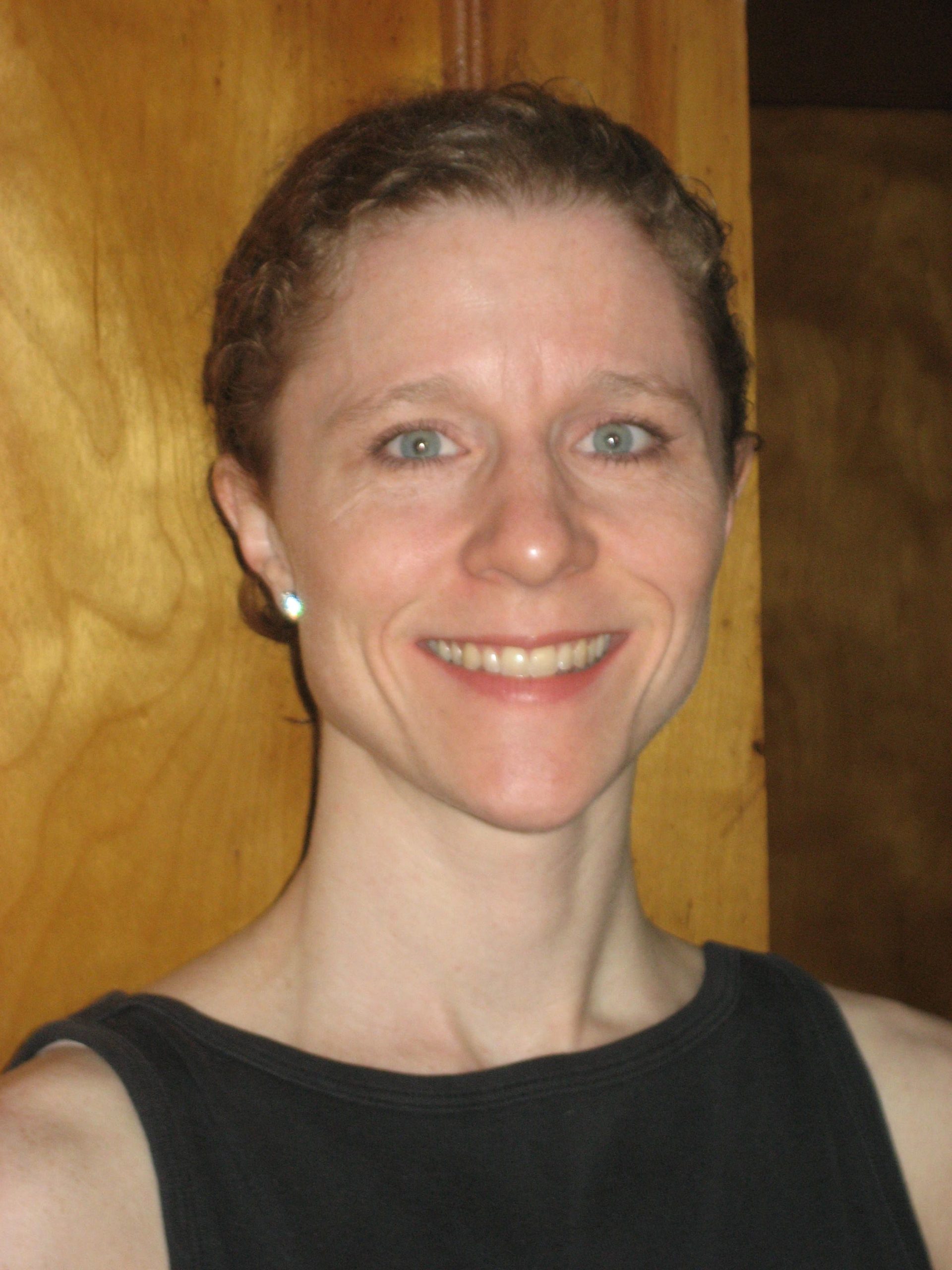 Karen Lacy graduated from Skidmore College with a B.A. in Dance and English. She lived in New York City for 21 years, working as a professional dancer, teacher and choreographer, but recently moved to the Philadelphia area. Some of her dance credits include the Metropolitan Opera Ballet, New York City Opera, Neville Dance Theatre, John Passafiume Dancers, Eglevsky Ballet, and Covenant Ballet Theatre. Her choreography credits include La Traviata, Once Upon a Mattress, Romance Romance, The Big One, The 25th Annual Putnam County Spelling Bee, Clue, and countless children’s dance recitals. For the past fifteen years, she has worked as a teaching artist in the NYC public schools with both City Center and American Ballet Theatre, and is an ABT certified teacher who has successfully completed the ABT Teacher Training Intensive in Primary through Level 7. Karen teaches at Dance Delaware Studios in Wilmington, guests at Manhattan Youth Ballet (NYC), School of the Garden State Ballet (NJ), and Philadelphia Dance Theatre, and works at Gaynor Minden, where she is Senior Fitter and Dance Teacher Liaison. 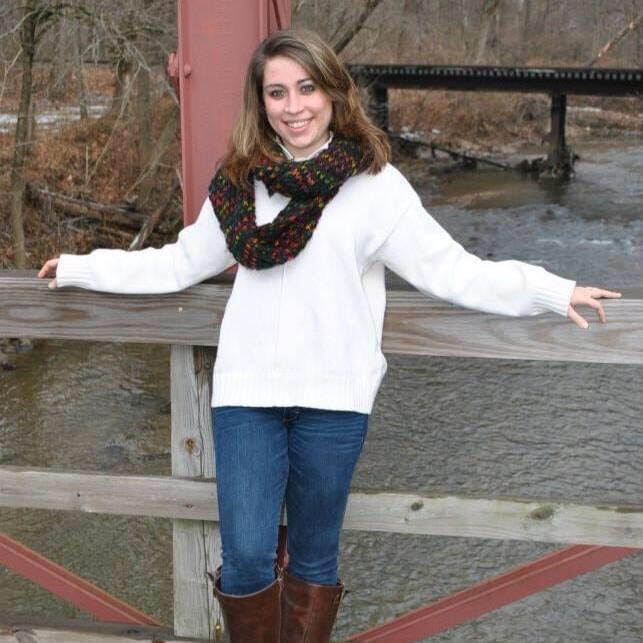 Contemporary Lyrical, Ballet  Ashley, a Delaware native, who has been dancing for many years. She has studied with many renowned teachers and companies such as The Joffrey Ballet, The Kansas City Ballet, and The Austin Ballet. Ashley has a masters from the University of Delaware for exercise science. She has performed at Frontier Town as a cancan dancer, the Liberty Bowl with the Beach Boys, Judith Jamison at the White House, Royal Caribbean and Carnival Cruise Lines. Ashley has performed and competed in many National/International competitions/conventions throughout the United States. 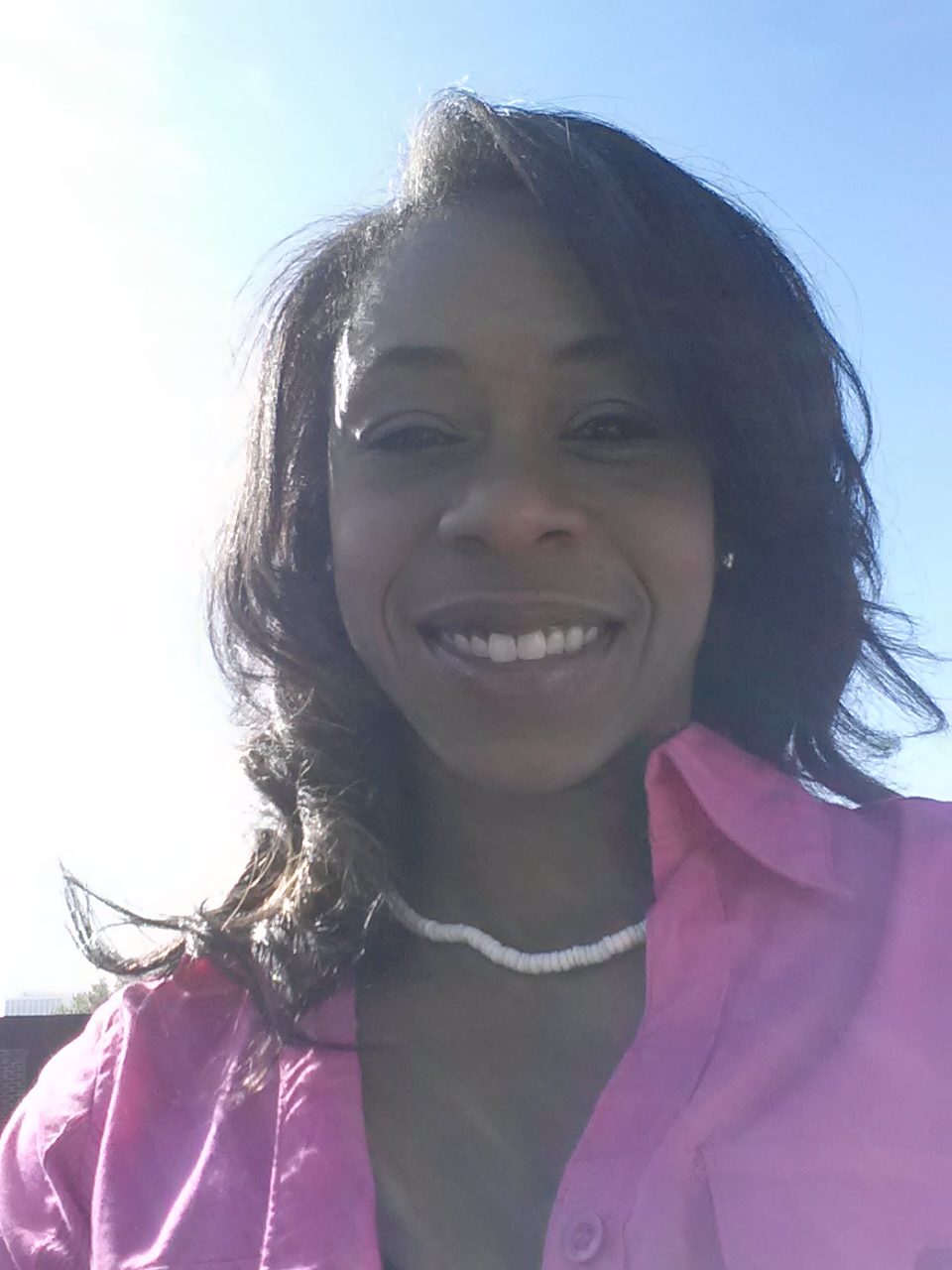 Miss Stephanie is an enthusiastic and motivational teacher who began dancing at the age of 22 as therapy to help with an injury she received in a car accident and soon fell in love with the art of dance. Stephanie has studied with many renowned teachers throughout the tri state area as well as the Koresh Dance Company, New York City Dance Alliance, StarQuest, Wild, Galaxy Gymnastics and the legendary Roni Mahler in ballet, tap, jazz and hip hop. Miss Stephanie feels it is important to continue her training and regularly takes classes in addition to attending seminars and conventions.

Miss Stephanie has taught and continues to teach many levels of dance including Mommy & Me class, Pre-School dance classes, beginner through advanced levels of hip hop and tumbling. She has been fortunate enough to work with children that have Down’s Syndrome, Muscular Dystrophy, as well as children that are on the spectrum and those with other special needs.

She is an award winning hip hop choreographer not to mention the "new" owner of the Brandywine Dance Shoppe. When Stephanie is not teaching with us, she is busy fitting pointe shoes, and helping dance students throughout Delaware outfit themselves for class.

Stephanie has a very positive and energetic level of enthusiasm which goes a long way with children! 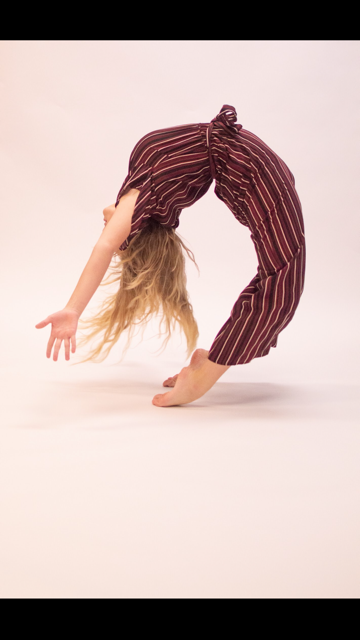 Jazz, Acrobatics. Payton is a graduate of the Cab Calloway School for the Arts as a dance major. She performed in the dance company and on their varsity dance team. She has trained at DD studios since she was 4, trained in ballet/pointe, jazz, contemporary lyrical, tap, musical theatre, modern, hip hop and acrobatics. She has performed and competed in many competitions and conventions throughout the United States with numerous winning numbers.  She has been an assistant teacher at Dance Delaware for 5 years, and started teaching her own classes during the 2020-2021 season. Payton is certified with Acrobatic Arts and attending the University of Delaware.  On her freetime, she loves to take care of her dog, and go paddle boarding. 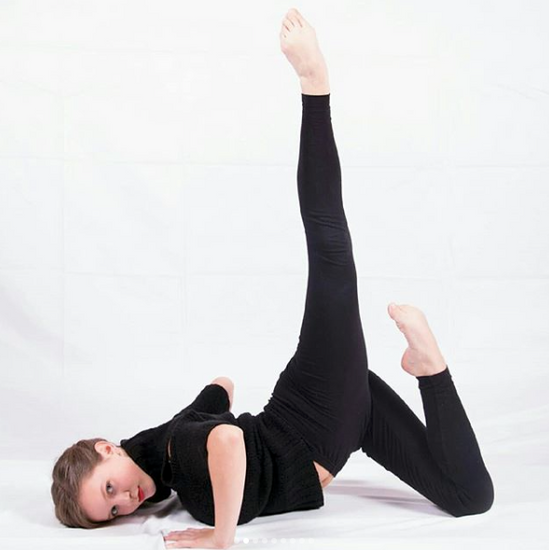 Kylee has been dancing since the age of 3 at DanceDelaware Studios, trained in ballet/pointe, tap, jazz, contemporary lyrical, hip hop, and acrobatics. She has studied with many renowned teachers such as Dusty Button, Alex Little, Mark Meisner, JoJo Gomez, Rosero McCoy and companies such as the Joffery Ballet Company. Kylee has appeared on the television show “Dance Moms” and has performed at Disneyland.  She is a model for Wanderatic Clothing line. She currently attends the Cab Calloway School for the Arts with a major in dance. Kylee has performed and competed in National/International conventions and competitions winning many titles. She was a student teacher for 5 years and has had her own classes since the 2019-2020 season.  Kylee’s mother owns a daycare where she has grown up working and caring for preschool children.  She is amazing with young children, a real natural born teacher.  Her favorites are ballet and hip hop so being able to teach it to kids is an absolute pleasure for her. She loves to spend time with her friends and traveling to new places. 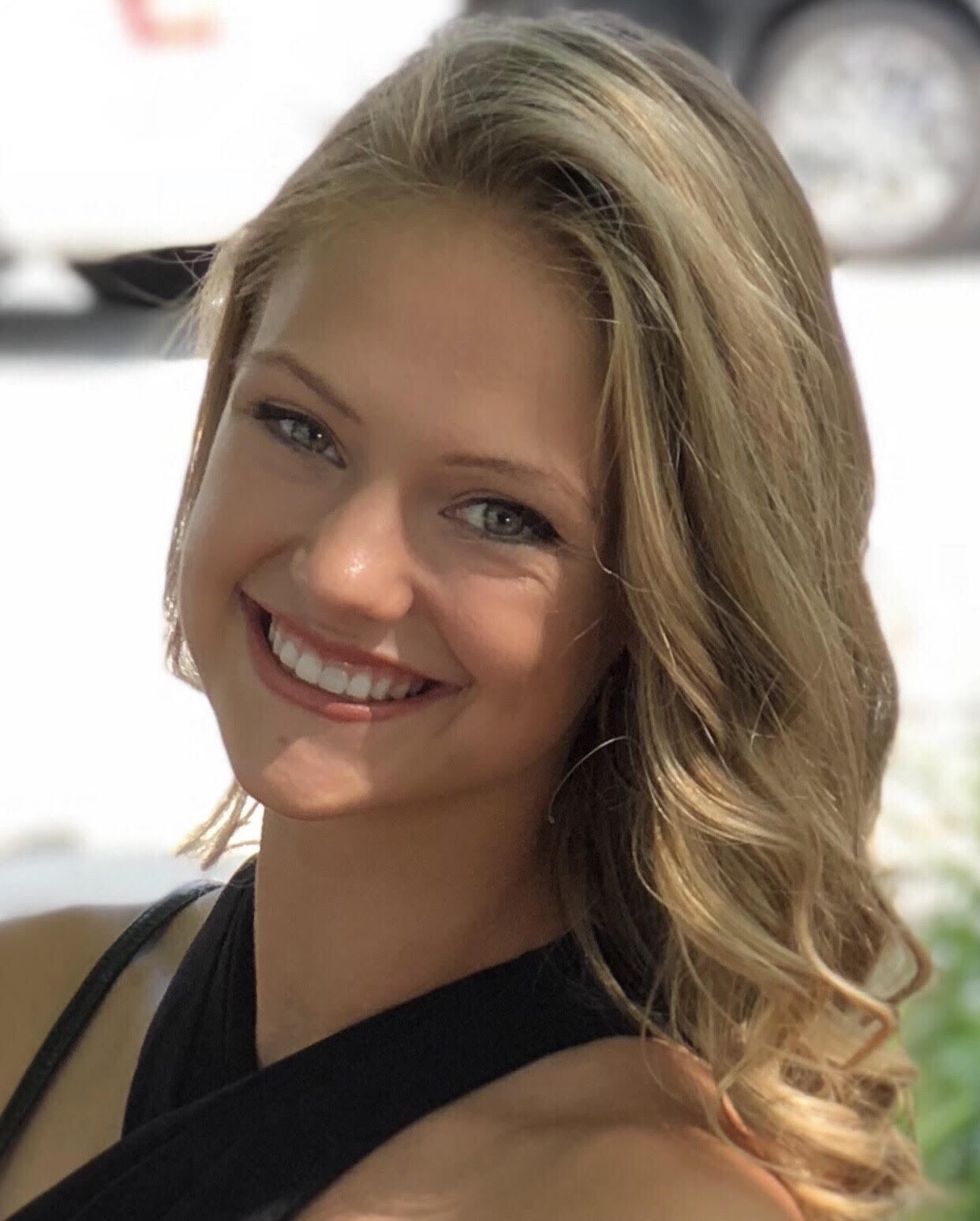 Samantha is a student at Rider University, where she studies dance and Elementary Education along with English as a second language and multidisciplinary studies. She grew up at DDstudios taking every class possible, competing for the competition team, and teaching classes. She is a part of the Rider Dance Team and club. With experience in ballet, pointe, jazz, tap, acrobatics, hip-hop, lyrical, contemporary, modern, her main passion lies with musical theatre. She has performed with the Young Americans in California, been awarded many titles through dance competitions, and worked with the Rockettes during their summer intensives. She hopes to continue dancing for the rest of her life. 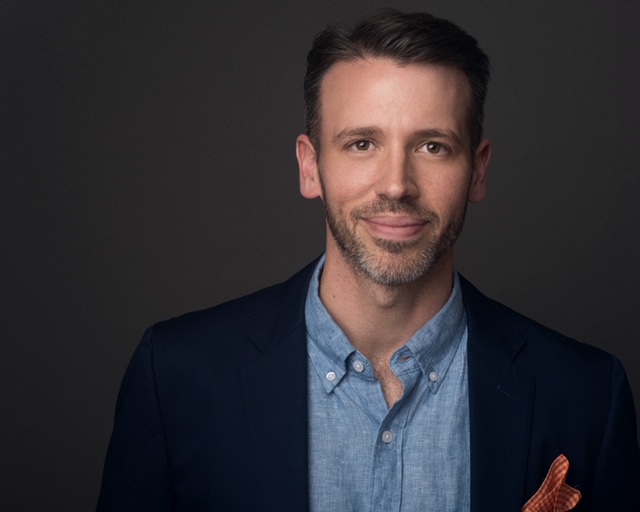 Matt Loehr is a professional actor, singer, dancer, choreographer, director, and teacher who believes in the transformative power the arts can inspire in all.

As a performer, he has played Elder McKinley in the blockbuster hit, The Book of Mormon, on Broadway. Additionally on Broadway, he has appeared in the original casts of The Producers, Chitty Chitty Bang Bang, Mary Poppins, Promises, Promises (2010 revival), and Elf the Musical, as well as stepping in to the productions of Fosse, Movin’ Out, and Evita.

Most recently, he made his Off-Broadway debut starring as GJ in R.R.R.E.D. a Secret Musical as well as playing the duel roles of Albert Harmon and Englishman in the world premiere of the new musical, The Sting, starring Harry Connick, Jr. at the award winning Papermill Playhouse in Millburn, NJ. He is a four time Carbonell Award Winner, South Florida’s highest theatrical honor, for Me and My Girl (Bill Snibson), The Music Man (Harold Hill), Crazy For You (Bobby Child), and Hello Dolly! (Cornelius Hackl)- all performed at the Maltz Jupiter Theatre in Jupiter, FL. He has co-starred in the world premiere of IDAHO! (Slim) at the Smith Center in Las Vegas and has performed starring roles in numerous professional productions around the country that include Nice Work if You Can Get It (Jimmy Winter) at Broadway at Music Circus in Sacramento, CA, Singin’ in the Rain (Don Lockwood) at North Shore Music Theatre in Beverly, MA, Kiss Me Kate (Bill Calhoun) at the Cape Playhouse on Cape Cod, and White Christmas (Phil Davis) at Houston’s Theatre Under the Stars.

As a teacher, Matt was a visiting Guest Artist for two years at the University of North Carolina School of the Arts where he taught dance for the School of Drama as well as directing and choreographing the University’s mainstage musical, The Drowsy Chaperone, in the Fall of 2015. Additional teaching/ choreographing experiences have been on faculty for The Performing Arts Project (TPAP), The Broadway Experience in NYC, the Commercial Dance Intensive at UNCSA School of Dance, Wake Forest University (guest Choreographer for their Fall dance concert in 2014), Center Stage in Westport, CT, and Mobile Ballet in his home town of Mobile, AL. 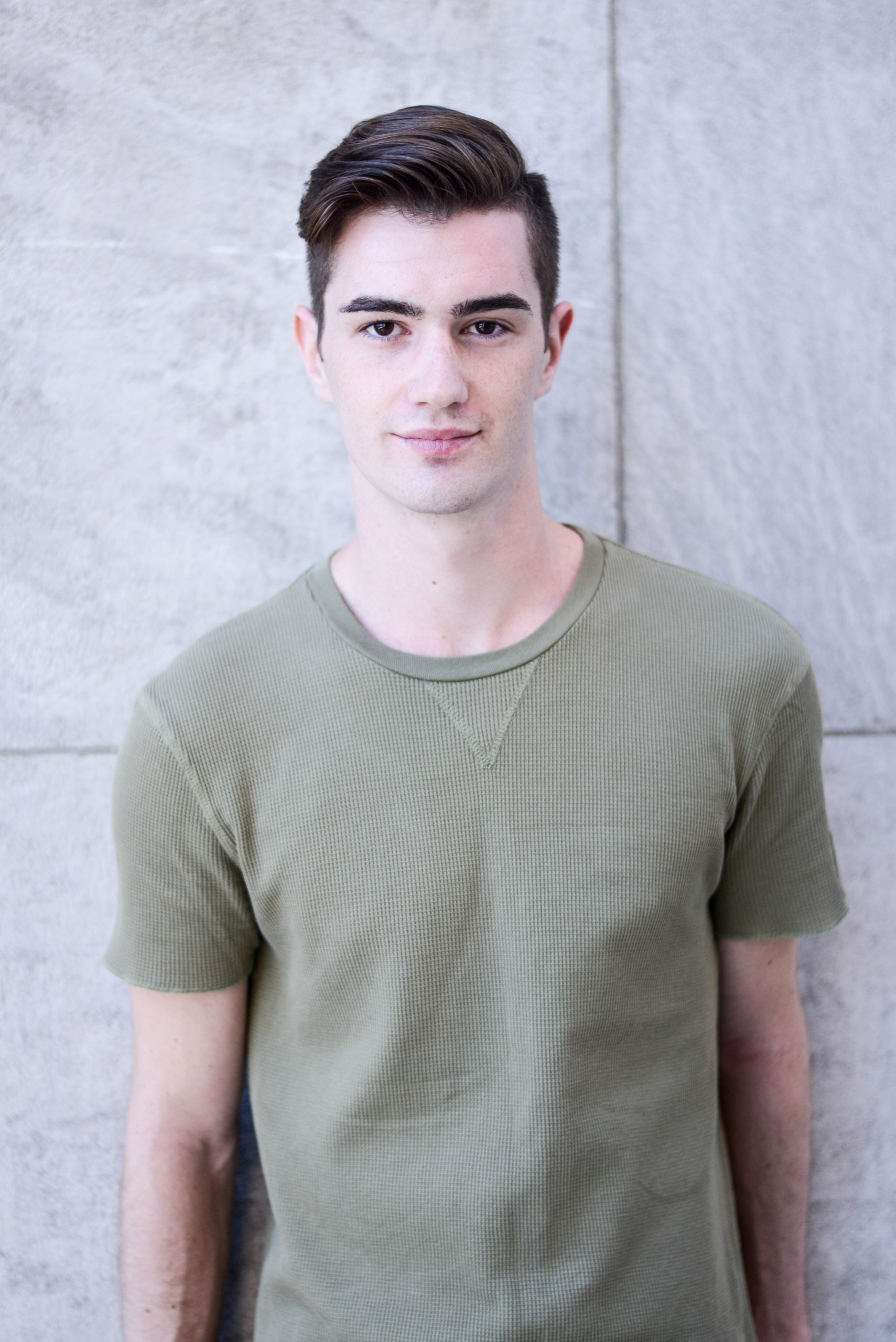 Ryan Blackson was born and raised in Wilmington, DE. He started dancing at the age of 10 training in genres such as ballet, tap, jazz, musical theater, contemporary/lyrical, modern, and hip-hop. At the age of 18 he moved to New York City and earned his BFA in Dance with a jazz concentration from Marymount Manhattan College. Ryan has had the privilege to train with some of the top professionals in the industry, both in New York City and Los Angeles such as; Al Blackstone, Sheila Barker, Lorna Ventura, Jason Wise and many more. Upon graduating from Marymount he completed three contracts with Royal Caribbean Cruise Lines allowing him to dance and travel the world. Ryan toured the United States with the national tour of Christmas Wonderland and most recently performed as a soloist and company member with Step One Dance Company. He has also had the opportunity to perform in various regional productions around the United States including; Cats (Mr. Mistoffelees), A Chorus Line (Larry), La Cage aux Folles (Cagelle), Chicago, My Fair Lady, Legally Blonde the Musical, Guys and Dolls, and many more.

As a choreographer Ryan has taught and choreographed nationally as well as internationally and has won numerous awards and accolations for his choreography. He traveled to Brazil in 2017 & 2019 as a headliner teacher for master class series. As an active member in the community of New York City, Ryan feels he is able to inspire students and provide a learning environment that is pertinent to what directors and choreographers are looking for and hiring today. He likes to focus on technique and the ability to execute choreography the way one would have to in an audition, while also incorporating a mental and emotional awareness to the choreography given. He places emphasis on finding a story and discovering a level of dance beyond just doing steps. Ryan’s goal as a member of the dance community is to inspire students in the way he was inspired as a child to make a lifelong career out of doing something you love.